How To Have Maximum Daily Impact While Being a New Dad 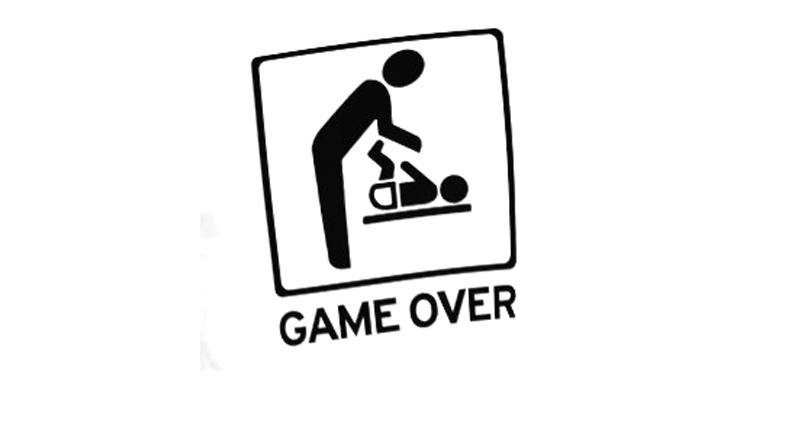 It’s been 22 days since the birth of our baby boy, which is also our first child.  While the birth event was exciting, exhausting, thrilling, scary and enlightening all at once I’m relieved that the dust has finally settled.  Back to our “normal” life, right?

My wife and I usually work from home so the need to always be home with the baby has really not been an issue.  We can drop whatever we’re doing to tend to the baby at a moment’s notice without having to pay for a costly babysitter.  The down side is that my wife, who is also as artist in our company, needs to constantly feed the little guy.  In fact, if she does get a chance to sit down and begin work on the computer it’s usually not much more than 10-20 minutes before the baby needs some kind of attention.

This leaves most of the work on my shoulders, which as the man of the house am happy to carry the workload.  Essentially, we’re going through a strange transition from a 2 person team to a 1.1 person team, for the time being.  Therefore, most of my experience in these past three weeks is really what life is like as a solo game developer, and what can be expected when one person has to do EVERYTHING.

First of all, you begin to learn really quickly what can and can’t be done in a single day.  If I’m working on one thing, then the other items are collecting dust.  This creates an even more disciplined approach to time management and specifically on prioritizing the most important tasks.  For instance, we’re in the process of developing 3 different games right now. We’ve decided that we need to focus on one and touch on the others when we need a break or need to let the design of the primary game “simmer”.  Our next step for our primary game is to announce the project via a gameplay video/trailer.  From a gameplay and testing perspective my next steps would be to flesh out the UI flow such as the title screen, level select screen, pause menu, etc.  However, none of these items look very appealing in a teaser trailer.  Instead, I wrote out a wish list of all the things that would be cool to show in the video, prioritized them, and am now stepping through this list.  Sure, I won’t have my menus put together this until after the video is done, but I’m suspecting to get some other valuable incite by approaching the project in this manner.

I’ve heard of, and worked with, lots of game developers who wind up working on a single feature into minutia oblivion.  Due to the digital nature and seemingly endless depth and resolution that each of the thousands of entities that make up a game(every model, texture, function, feature, effect, etc) it becomes very easy, and even alluring to see how far that feature/model/whatever can go.  You get it in your mind that this is THE PIECE that everyone will be excited about.  Here’s what I’ve learned: perfectionism is a disease.  Now, just to clarify, there ARE times to polish to perfection, and this is actually a good thing, but NOT when you’re putting your game together.  Knowing how far to take something and at what stage is a pretty big part of being an indie game developer.

Taking the approach from a marketing perspective requires very different mindset.  It’s like looking at the game from a top down perspective instead of bottom up.  For instance, when outlining our release video my wife and I asked ourselves some basic questions: What’s this game about?  What do you do?  What’s cool about it?  How does it stand out?  What’s THE HOOK of the game?  Thankfully, we knew all these answers already and then started paring gameplay scenarios to each of these questions.  These gameplay scenarios became task lists which then became prioritized into bite size items to tackle.  I know that if I hit all these items that the video can be cut sooner and we’ll be able to see if we get any reaction from our audience faster.I suppose more than anything that being a father and having limits on time really forces one to prioritize, plan, and execute as precisely as possible.